The following is a revision based on an actual report concerning duct leakage in a multi-family Low Income Housing Tax Credit Renovation being done to EarthCraft Virginia Standards:

The only unit I could see the installation of the return plenum without the grill in place was in building number 000, unit #12.  I am attaching a picture with this report.  As seen the sheet metal return is not sealed.  The other units where the air handlers were being installed already had the return grill in place.  In looking at it from the Air Handler closet side there appeared to be no sealant in place.

In looking at the supply registers in the same buildings, where the registers had not been put in place, I could observe the sealing being applied.  Unit #6 in Building 0000 had, it appeared, an expanding white sealant applied in Breakfast/dining area and looked to be the best sealing method I observed.

I don’t know which way to counsel a solution in this situation.  The ductwork itself is being installed correctly to EarthCraft Standards.   The problems are encountered with the final hook up to the air handler, the terminations of the supply boots/registers and the return grill.

The following is a little lengthy, but required to explore the issue.

“Required:  Duct Blaster test result <6cfm to outdoors per 100 Square Feet of floor area served.”   Or 51 CFM in this case.  The units tested are substantially below this requirement.

“All transverse seams in supply and return ducts, including supply and return plenums and leakage sites in the air handler, shall be sealed with duct mastic and fibrous reinforcing mesh according to SMACNA specifications.  Duct tape is not suitable sealant for ducts, but may be used for sealing leakage sites at the air handler’s removable access panels and at filter access panels.”  A diagram shows caulk between drywall and boot in sheetrocked, insulated ceilings.

The entire HVAC system is inside the thermal envelope in these buildings now being tested.  The results of leakage to the outside are substantially lower than EarthCraft Standards—a good thing.  In order to improve the overall duct leakage substantially then improvements have to be made in the sealing of the Air Handler, the return plenum and supply terminations located in the sheetrock, hardwood floors and bath floor finishes.

In the ceiling terminations many builders use caulk or a compression strip on the boot, so that the sheetrock is installed with this sealing in place.  Where existing hardwood floors are in place, usually found in  renovations, sealing these terminations is not as straight forward as new construction processes.  In new construction, there is a subfloor allowing a boot termination to overlap the subfloor between the hardwood and other finish floor, such as carpet, linoleum, vinyl.  This boot termination is sealed to the subfloor.

In the hardwood and bath terminations of Project X, the supply boot is terminated at floor level, with no overlap, leaving a gap between the supply boot and the floor.  It is not practical to install a mastically sealed boot overlap on the hardwood floor.  That leaves the issue of how best to seal.   It has to be something that not only seals, but can expand and contract with heat and cooling cycles.  Some contractors use tape that overlaps the floor that can be covered by the finish supply register.

The termination of the Return Plenum is another story.  This leakage is within a couple feet of the Air Handler.  Its termination attachment to the framing is a big concern. It has been my experience over the past 3 years that return terminations can be haphazardly sealed, after all it is only a return, seems to be inherent in many contractors thinking.  Unfortunately return leakage causes pressure imbalances and the unit looks to make up the difference from other unfiltered sources.

This attachment is not affected by any differences between new construction and renovation techniques.  When this area isn’t sealed effectively, it is the source of major leakage.  The return grill is immediately put on with the setting of the air handler and extension of the sheet metal return duct making it impossible to inspect the termination without removing the grill.  The few grills I have removed have shown issues with the termination.   The one I saw this week with the sheet metal installed and no register in place, showed no sealing(see attached picture), now maybe this is being done, but is there anyway to hold off the installer from putting that grill in place until the termination seal with the framing is inspected by the supervisors or EarthCraft?  This makes a lot more common sense then testing, finding leakage and then having to remove it.  Many installers use mastic and tape to seal this properly.

It might help the high total duct leakage results if the Air Handler itself was taped and sealed along the edges.  I see this done quite frequently.   The concern with some contractors is warranties.  It might also be advantageous to seal the access panel with duct tape and mastic and tape around the edges where the return meets the Air Handler in places where just bare metal exists.

Yes, this is longwinded, but the sealing of all these areas was of concern to xxx when he was on site. It certainly would help the overall leakage and reduce duct leakage to the outside.  Real efforts are being made to correct the issue.  I have met with the HVAC contractor and the job supervisors on this and they are making a substantial effort at solutions on the subsequent buildings, only future tests will show if they are making a difference.  What is going on in the immediate area of the Air Handler and return is the ongoing concern.  But as mentioned above, there are some issues with a renovation, it isn’t as straight forward as the system approach for new construction.

Two real life, on the ground,  issues have me concerned both as a builder and purported Hi-Performance, Energy Efficient design consultant.

1.  In pre-planning a Structurally Insulated Panel(SIP) condominium quadruplex there are  practical heating and air conditioning problems to be solved.  Do you use time tested conventional approaches or install evolving HVAC equipment?

This building’s thermal envelope(exterior shell) is so energy efficient and tight that the HVAC load requirements for each unit(950 SF) are below that of the smallest sized, readily available, cost effective, conventionally ducted HVAC equipment.  This means the conventional unit is oversized, a no-no in High Performance housing.

A readily available, 16 SEER, 1.5 ton Heat Pump is almost double the size necessary to heat and cool these units.  The problem isn’t about being able to heat and cool the unit. It is how do you remove the interior moisture(humidity) consistently?  An oversized unit runs in short spurts and every time it stops, dehumidification stops. The solution is either utilizing the new mini-split, inverter technology units or adding a dehumidification system to the conventional unit.  The decision has to be based on performance and cost.  Stay tuned.

2.  A group of affordable, energy efficient houses were built with conditioned crawl spaces and a super tight building envelope. The houses have developed condensation/moisture issues on the interior of the homes.  The homes were built with no design input from experienced Green Builders or real world Hi-Performance home consultants.  They were not Energy Star Certified, so there were no third party Hers Raters involved.  This type of problem is caused by the theory of, “Make the house tight, and forget about evaluating other issues that have to be solved in designing a tight, Green Home.”   Stay tuned for solutions.

The theory to reality application is going to present issues now and into the future, as more and more builders, designers, etc. jump on this believed economic windfall Green job wagon. Many so called experts are Tin Men, just selling stuff, not economic, practical solutions. 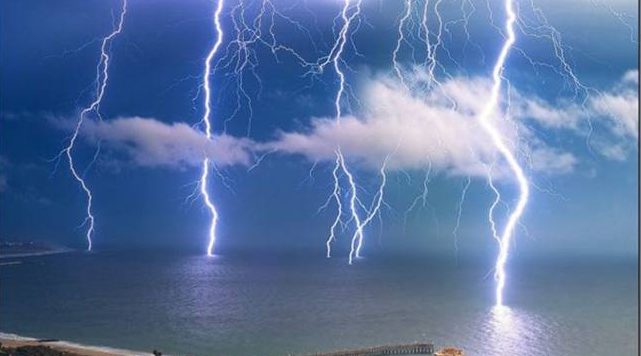